Mr. Pickholz was the first lawyer ever to successfully convince the Securities and Exchange Commission to grant his client an SEC whistleblower award over an initial recommendation by its staff to deny any award. This was the first time in the history of the SEC whistleblower program that the Commission overruled an adverse Preliminary Determination by its Claims Review Staff. ( See official SEC Award here.) Inside Counsel Magazine named this as one of the " Five milestones in the Dodd-Frank whistleblower reward program".

Mr. Pickholz has been representing clients before government and regulatory agencies since 1995. He has defended clients in investigations conducted by the SEC; FINRA and other self-regulatory organizations; U.S. Attorney's offices; the U.S. Department of Justice; state authorities including the Manhattan District Attorney's office, the New York Attorney General's office, and the Virginia State Corporation Commission; FinCen (the U.S. Treasury Department); the Internal Revenue Service; the Commodity Futures Trading Commission; and the Bureau of Indian Affairs.

On the whistleblower side, Mr. Pickholz has represented employees, officers, directors, and others in reporting securities frauds and financial violations to the SEC, IRS, and CFTC. Those IRS, CFTC, and SEC whistleblower cases have involved broker-dealers, investment advisors, financial institutions, and public companies listed in the Fortune Top 10, Top 20, Top 50, Top 100, and Top 500, and the Forbes Global 2000. You can see examples of Mr. Pickholz's many SEC, CFTC, and IRS whistleblower cases by clicking here.

Among his notable white collar and securities defense cases, Mr. Pickholz has represented a former United States Senator in connection with an investigation into activities at a public pension fund; a public biotech company and its CEO in the SEC's COVID-19 investigations; a foreign company in a CFTC case involving cryptocurrency and binary options; a public blockchain and non-fungible token (NFT) company in an SEC investigation; a senior executive officer of a billion dollar mutual fund family in the SEC's market timing investigations; and a leading specialist in the NYSE Floor Specialists cases. He was counsel in the first disciplinary case brought by FINRA; two cases that Crain's New York Business referred to as among the largest stock fraud cases of the early 21st century involving New York-based companies; and the first anti-money laundering case brought by FinCen and the NYSE together against an NYSE member firm. For some examples of the numerous other white collar and securities cases that Mr. Pickholz has handled, click here and open the various tabs on the page. 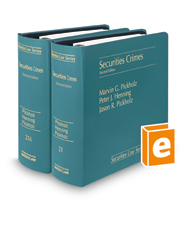 He has appeared as a guest on Fox Business News, BBC News, and Bloomberg Radio.

His continuing education course for lawyers "When The Whistle Blows" has been rated 5 out of 5 stars based on over 1,630 reviews as of May 19, 2021. Mr. Pickholz has also taught a course on "Incentives and Protections for the Modern Whistleblower"; chaired a program before an international audience where he spoke on "The SEC Whistleblower's Perspective"; and was invited by a leading university to teach a lecture on SEC whistleblowers and white collar crime titled "When Bad Things Happen To Good People".

In addition, Mr. Pickholz is the creator of SECWhistleblowerInformation.com, the authoritative on-line encyclopedia about the SEC whistleblower program.

Mr. Pickholz has also spoken on many defense topics including white collar and securities enforcement activity, parallel proceedings, securities fraud, anti-money laundering, and more (for a full list, see here). A course that Mr. Pickholz taught on "Defending An SEC Investigation" has been rated 5 out of 5 stars and called "One of the best programs, on any legal topic, I have ever seen." He has also written numerous articles on securities fraud, FINRA disciplinary proceedings, and international law enforcement, among others (for a full list, see here and here.) 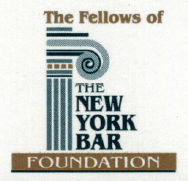 In recognition of his achievements, in 2015 Mr. Pickholz was nominated by his peers and elected as a Fellow of the New York Bar Foundation, an honor that is granted to just 1% of the 70,000+ lawyers in the New York State Bar Association.

He has served as an Advisory Board Member of a national law firm, and as a Director of the NYU School of Law Alumni Board of Directors.

He is also a FINRA certified neutral Dispute Resolution arbitrator.

Whether you are an IRS, CFTC, or SEC whistleblower, or you are involved in a white collar or securities investigation being conducted by the SEC, CFTC, FINRA or some other agency, you can contact Mr. Pickholz by calling 347-746-1222.

Your initial consultation of up to one hour is free of charge, and you are under no obligation to hire Mr. Pickholz or The Pickholz Law Offices when it is finished. So why not call today?