You can listen to the full program below:

Background Of The Case 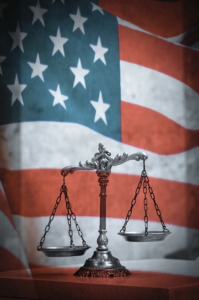 Two years after Asadi, the U.S. Court of Appeals for the Second Circuit disagreed with the Fifth Circuit.  According to the Second Circuit, a whistleblower who reports internally, but who does not also report to the SEC, is still protected by Dodd-Frank’s anti-retaliation provisions.

Earlier this year (2017), in Digital Realty v. Somers, the U.S. Court of Appeals for the Ninth Circuit ruled that an employee who was fired for reporting violations internally, but who did not report the violations to the SEC, was still protected by Dodd-Frank’s anti-retaliation provisions.  In doing so, the Ninth Circuit agreed with the Second Circuit.  At least fourteen U.S. District Courts have taken the same position as the Second and Ninth Circuits.

The Supreme Court’s decision is expected to come out later this Term.

For an earlier discussion of the Digital Realty case, please click here.

SHARE ON
TwitterFacebookLinkedInPin It
<< Does The SEC Give Sufficient Notice To Claim An SEC Whistleblower Award?
Securities Crimes 2018 Update, With Expanded SEC Whistleblower Chapter Authored By Jason Pickholz >>