"DOJ Defendants" can have slightly different meanings depending on whether the U.S. Department of Justice (the "DOJ") is conducting an investigation or whether it has filed a formal law suit in court against a person or a company. 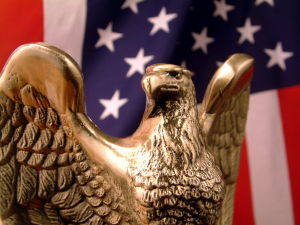 Over the course of its investigation, the DOJ may come to believe that one or more people, or one or more companies, did in fact commit a crime.  A person or company may be able to get the DOJ to agree to settle the situation during the investigation.  The settlement is typically documented in an agreement (called a "Plea Agreement"), which is then presented to a court for the court's approval.  A person or company that enters into a plea agreement with the DOJ is formally called a "defendant" when the DOJ presents the plea agreement to the court.

If the grand jury does find enough evidence, it can issue an "indictment".  The DOJ begins a formal lawsuit against a person or company when it files the grand jury's indictment in federal court.  This lawsuit in a federal court is usually referred to as a "prosecution" or a "criminal case".  Once a prosecution or criminal case is brought, the person or company that the DOJ is suing is called a "defendant".

If you would like information about The Pickholz Law Offices' experience representing DOJ Defendants in investigations involving securities frauds and corporate crimes, please feel free to click on the "Our Cases & Results" link and the other links on the right side of this page.