"Federal and State Court Plaintiffs, Defendants and Witnesses" refers to the participants in civil courtroom trials. A "civil" trial usually means a courtroom trial in something other than a criminal case. Usually a civil trial is between two or more people or companies. It can also mean a case where a person or company is suing a federal or state government agency, or where a government agency is suing a person or a company to either obtain a money judgment or to get a court order compelling the person or company to do or stop doing something. Generally speaking, a civil trial can be thought of as one where incarceration in a jail or prison is not a possible outcome. 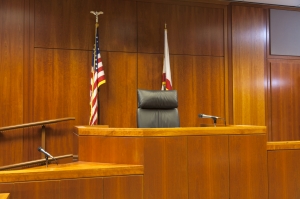 A "witness" is someone who may or may not have relevant information about whatever the lawsuit is about. A witness can be a party to the lawsuit, or he/she can be someone who is not a party to the lawsuit. Often, after a lawsuit is started but before the trial, the parties will send formal notices to people who they think might have relevant information requiring those people to attend a formal "deposition", or to provide the parties with documents, or both. In general, a deposition is a formal proceeding where the lawyers for the parties ask the witness questions. The witness is usually sworn under oath to tell the truth at the start of the deposition. Such a person is commonly referred to as a "deposition witness". The questions and answers are typically typed up by a court reporter into an official deposition transcript.

During the actual trial, the parties normally call one or more witnesses to take the witness stand and give sworn testimony under oath in front of the judge and the jury (in cases where there is a jury. Not all trials have juries). Such a person is commonly referred to as a "trial witness". A trial witness can be a party to the lawsuit or he/she can be someone who is not a party to the lawsuit. It is not unusual for a trial witness to have also been a deposition witness earlier in the same case. However, not all deposition witnesses are called later to be witnesses at the trial, and sometimes a trial witness was not called earlier in the case to give a deposition.

If you would like information about The Pickholz Law Offices' experience representing Federal and State Court Plaintiffs, Defendants and Witnesses in civil cases, please feel free to click on the "Our Cases & Results" link and the other links on the right side of this page.