A Prominent SEC Whistleblower Lawyer For You 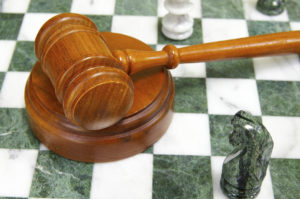 During a speech in September 2016 about the SEC whistleblower program, the SEC’s Director of Enforcement stated, “One thing I get asked about a lot is how we view whistleblower counsel.  It will come as no surprise to this audience that we welcome the involvement of counsel in whistleblower tips.”

Mr. Pickholz is the co-author of the two-volume book Securities Crimes.  He is the sole author of the book’s extensive chapter on the SEC whistleblower program, which he updates annually.

In recognition of Mr. Pickholz’s accomplishments, he was nominated and elected by his legal peers to be a Fellow of The New York Bar Foundation.  This is a professional honor that is granted to just 1% of the 72,000 lawyers in the New York State Bar Association (as of 2017).

Your initial conversation of up to one hour with Mr. Pickholz is free of charge, and you are under no obligation to hire Mr. Pickholz or The Pickholz Law Offices when it is finished.