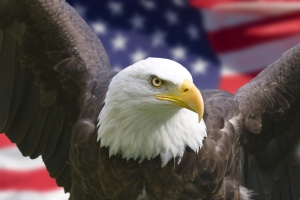 Sometimes people reach out to a U.S. Attorney's Office on their own because they have information about a crime that they think the USAO should know about. Other times, the USAO may ask someone to talk to it over the telephone or to come in to the USAO's offices to talk about something. This request may be made by a lawyer who works for the USAO, often called an Assistant United States Attorney, or it may be made by an agent of the Federal Bureau of Investigation (the "FBI") or some other federal investigatory agency that is working with the Assistant U.S. Attorney.

"U.S. Attorney witness" usually means someone who may have information about a federal crime. But that is not always the case. Sometimes the USAO thinks a person might have some information, but it is not certain. For example, this sometimes happens when the USAO or the FBI is investigating something and wants to talk to everyone who worked in a company, office, or department to find out who, if anyone, may know something about what the USAO or FBI thinks happened.

When someone talks to the USAO, the conversation may be done informally over the telephone or in the U.S. Attorney's offices, and one or more Assistant United States Attorneys or FBI agents (or agents of some other federal agency) will often take handwritten notes of what is said. While the witness is not sworn in under oath to tell the truth, and the meeting is not recorded word-for-word in an official transcript, it may be a separate crime in-and-of-itself to knowingly make a false statement to an Asssistant United States Attorney or FBI agent during that conversation.

If you would like information about The Pickholz Law Offices' experience representing U.S. Attorney Witnesses, or those who believe that they may become a U.S. Attorney Witness, please feel free to click on the "Our Cases & Results" link and the other links on the right side of this page.