This unprecedented victory led Inside Counsel magazine to name it as one of the five key events in the history of the SEC whistleblower award program. 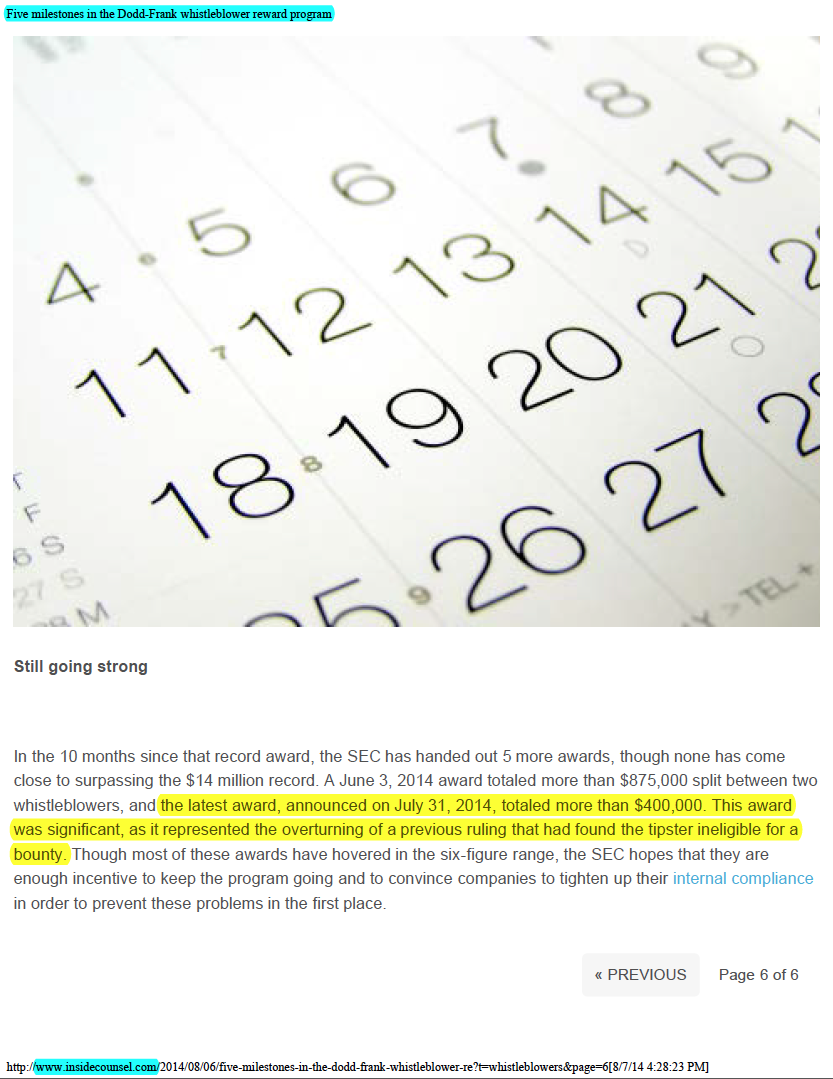 Excerpt from the Inside Counsel article

In addition to Inside Counsel magazine, many other professional news outlets recognized that the reward we won for our client was a very significant turning point for the SEC whistleblower award program.

For example, The New York Times ran a story about the award called "The Man Who Blew The Whistle".

The Boston Business Journal published an article called "Former MassMutual agent: Why I became a whistle-blower".

Colgate University published an extensive article called "The $2.5 Billion Math Problem", and posted a documentary featuring our client on YouTube.

How The SEC Whistleblower Award Came About

Acting as the client's SEC whistleblower lawyer, our Firm's founder Jason Pickholz contested that decision to the full Commission in Washington, D.C.

You can see the actual award on the SEC's website by clicking here.

The article recognizing our victory as one of the five major events in the history of the SEC whistleblower award program was posted on Inside Counsel magazine's website From August 2014 - March 2018.