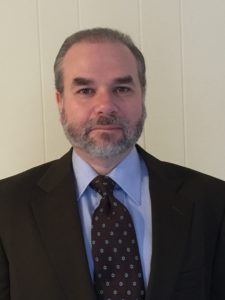 Mr. Pickholz defended a public company and its CEO in the SEC's COVID-19 investigations; a company in an enforcement action brought by the CFTC involving cryptocurrency and binary options; a former United States Senator in connection with an investigation into a public pension fund; a senior executive officer in an SEC investigation of a billion dollar mutual fund family; and a leading specialist in the NYSE Floor Specialists cases.  He was counsel in the first disciplinary case brought by FINRA; the first anti-money laundering case brought by FinCen and the NYSE together against an NYSE member firm; and in two cases that Crain’s New York Business referred to as among the largest stock fraud cases of the early 21st century involving New York-based companies.

Mr. Pickholz’s clients have come from across the United States, as well as from more than a dozen foreign countries.  For additional examples of some of the cases that Mr. Pickholz has been involved in, please click on the “Our Cases & Results” link on the right side of this page or click here and open the various tabs on that page.

Mr. Pickholz is an author of the 2-volume book Securities Crimes, and he has written articles on such subjects as securities fraud, FINRA disciplinary proceedings, and international law enforcement, among others.  He has appeared on television and radio, taught continuing legal education courses for lawyers on "Defending An SEC Investigation" and "Corporate Compliance and Internal Investigations", and spoken publicly on many topics including white collar and securities enforcement activity, parallel proceedings, securities fraud, anti-money laundering, and more (for a full list, see here).

In recognition of his achievements, Mr. Pickholz was nominated and elected by his legal peers to be a Fellow of the New York Bar Foundation, an honor that is limited to just 1% of the 74,000 members of the New York State Bar Association.

WHAT DEFENSE LAWYERS DO

A defense lawyer may help people or companies that are involved with investigations by the U.S. Securities and Exchange Commission (the “SEC”) or another federal agency, the U.S. Department of Justice (“DOJ”), a U.S. Attorney’s Office (“USAO”), a State regulator or prosecutor, or a self-regulatory organization (“SRO”) like FINRA. This does not necessarily mean that the government or agency views the person or company as a wrongdoer. Sometimes the person or company may be just a witness. Other times the government or agency may just be calling in everyone who worked in a particular company, division, or office to find out who if anyone knows anything about whatever the government thinks may have happened. The lawyers who represent any of these types of people or companies in government or agency investigations are often referred to as “defense” lawyers. 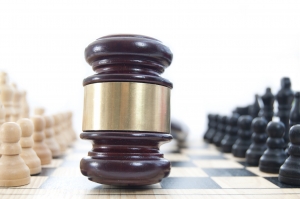 Defense lawyers may also serve as trial counsel for people or companies who are accused of wrongdoing in cases brought in court by the SEC or another federal agency, the DOJ, a USAO, or a State regulator or State prosecutor. A defense lawyer may also represent clients in administrative proceedings brought by a regulator. In a disciplinary proceeding brought by an SRO, the lawyer representing the individual or company against the SRO may be a defense lawyer.

When a company thinks that one or more of its employees may have violated the law, the company may hire a defense lawyer to conduct an internal investigation at the company to find out what happened.

A defense lawyer may also represent people or companies in courtroom trials or in arbitrations against other people or companies. In this context, the term “defense lawyer” is used to refer to the lawyer who is representing the person or company that is being accused of having done something that harmed the plaintiff or the claimant in that particular case.

If you would like to speak with a securities or white collar defense lawyer, please call The Pickholz Law Offices today at 347-746-1222.