Having Difficulty Trying To Decide On An NYC SEC Whistleblower Lawyer? 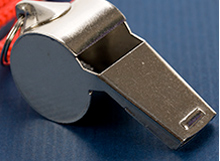 For example, the SEC is a separate independent agency of the U.S. Government.  It was created during the 1930s.  Over the generations since the SEC’s inception, it has developed its own internal culture.  It has its own separate whistleblower award program, and that program has its own rules and procedures. The SEC’s rules, procedures, personnel, and culture are not the same as those of other state and federal agencies.

You might also think about whether it is important to you to find an NYC SEC whistleblower lawyer who you are comfortable with.  SEC investigations can take a while.  During that time your lawyer may be one of the few people, perhaps the only person, who you can talk to about your situation.

The founder of The Pickholz Law Offices, Jason R. Pickholz, was a partner at a national law firm when the SEC whistleblower award program was created in 2010 as part of the Dodd-Frank Act.  Shortly thereafter, Mr. Pickholz left his partnership at that law firm to create The Pickholz Law Offices.  Since then, Mr. Pickholz’s SEC whistleblower clients have included individual employees, officers, and directors of financial institutions, as well as employees of other public companies included in the Fortune Top 50, Top 100, and Top 500, and the Forbes Global 2000, from throughout the country.

Not only was Mr. Pickholz one of the first lawyers ever to win an SEC whistleblower reward for a client, but he was also the first lawyer ever to convince the SEC to grant his client an award over an initial decision by its staff to deny an award.  That first-of-its-kind result was named as one of the “Five milestones in the Dodd-Frank whistleblower reward program” by Inside Counsel Magazine.

Mr. Pickholz is also a co-author of the two-volume book Securities Crimes, is the sole author of the book’s 74+ page chapter on the SEC Whistleblower Award Program, has taught continuing legal education courses for lawyers on the SEC’s whistleblower program, and was invited to lecture at a leading liberal arts university on SEC whistleblowers.  In recognition of Mr. Pickholz’s achievements, he was elected to be a Fellow of The New York Bar Foundation, an honor limited to just 1% of New York State attorneys.

Several clients of The Pickholz Law Offices have written testimonials about their experiences.  You can read them for yourself by clicking on the Testimonials link on the top of this page.

If you would like more information about The Pickholz Law Offices or Mr. Pickholz, please feel free to click on the links to the right and on the top of this page.

If you would like to speak with an NYC SEC whistleblower lawyer, you can call Mr. Pickholz at 347-746-1222. Your initial conversation with Mr. Pickholz of up to one hour is free of charge.