A Whistleblower Attorney NY Can Have Faith In 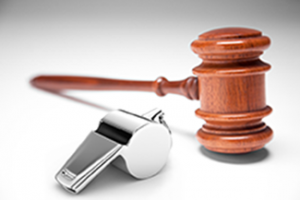 The Dodd-Frank Act created the SEC whistleblower award program in 2010 to provide incentives for people to come forward and report information that they discover about securities and financial frauds, and other kinds of securities law violations, to the Securities and Exchange Commission.  Under the SEC whistleblower award program, if someone voluntarily provides information about a fraud or other violation to the SEC, and the SEC brings a successful action based in part or in whole on that information, in which it collects more than $1 million, the SEC is required to give the eligible whistleblower(s) a monetary award of between 10% - 30% of the amount collected.

That may be why, if you have been searching the Internet for “whistleblower attorney NY”, you have probably seen results for a lot of law firm websites making broad claims that they can win an SEC whistleblower award for you.  Other websites may have tried to persuade you that they have had cases before other government agencies, while avoiding mentioning how much success they have had representing clients in front of the SEC itself.

While The Pickholz Law Offices does not know and cannot comment on what another NY whistleblower attorney may claim they have done, Mr. Pickholz has spent his career -- since long before the SEC whistleblower program began -- helping clients who wanted to go in and tell the SEC about frauds or other violations that they had discovered, or who were asked by the SEC to come in and talk to it about frauds that they might have had information about.

When looking for a whistleblower attorney NY employees, customers, and residents have a lot of options.  We understand this, which is why The Pickholz Law Offices is guided by the principle that “every case is the most important case to the client involved.”

You can learn more about Mr. Pickholz and see examples of some of his many successes in helping clients with the SEC, both in New York and in many other locations throughout the country, by clicking on the links on the right side of this page.